The "One Shade of Red" Launch Blog Tour


One Shade of Red 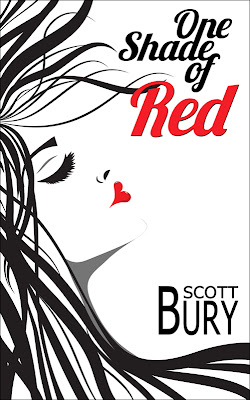 All good things must end at some point. This is the last stop for the One Shade of Red launch blog tour.
The tour began a week before the book’s official launch on April 2, and ends today. By now, I think most readers know that One Shade of Red is a gentle parody of the bewildering bestseller, Fifty Shades of Grey.
I turned the concept of EL James magnum opus completely upside down. One Shade is narrated by a 20-year-old man who encounters a somewhat older (but still young), brilliant, energetic and seriously hot Alexis Rosse. She teaches him about business, relationships and that special something that no men or women can resist: each other.
This excerpt comes from Chapter 15, “Mom’s Advice,” where Damian asks for his mother’s advice in dealing with the women in his life.

Book Excerpt:
One Shade of Red

Women want the perfect man, so they can change him. But when university student Damian Serr discovers a rich, beautiful woman who’s voracious about sex, he doesn’t try to improve on perfection. It’s all that he can do to hold on for the ride.

Damian has always followed the rules, always tried to please others. At 20, he still dates the girl next door because his parents like her parents. When Nick, his university roommate, asks Damian to take over his pool-cleaning business so he can take an internship in London, Damian can’t say no — especially to Nick’s first and only client, a rich widow.

But widow Alexis Rosse is far from helpless or lonely. This beautiful financial genius is busy turning the markets upside-down, and she revels in sex wherever, whenever and with whomever she wants.

Over the summer, Alexis gives Damian an intense education. Day after day, she pushes him to his sexual limits. The only question he has is: will she break them?

“So well-written that it flows easily, hooking the reader right from the beginning. I had real problems to stop reading it.” — Cinta Garcia de la Rosa, author of A Foreigner in London and reviewer of Indie Authors You Want to Read.

“How nice it is to see a dude lit-style book! And well-written at that!” Lisa Jey Davis, “Ms. Cheevious”

“So hot, you’ll want your own pool boy.” — Charity Parkerson, author of The Society of Sinners

One Shade of Red is now available on Amazon, Smashwords and other fine e-tailers. For links, visit Scottswrittenwords.blogspot.com.


Chapter 15: Mom’s Advice
My mother finally voiced the words I had been dreading for over a week.
“Why haven’t you brought Kristen over in such a long time?” She still rolled the r slightly, even after all these years in Canada.
I took a deep breath and looked at the tree Mom sat beneath. Another hot, dry summer day in Toronto. I sat down on the patio chair and poured myself a glass of iced tea from the pitcher. It was my Mom’s special Sunday afternoon iced tea recipe: I didn’t know the exact proportions, but it involved a generous dollop of tea and lemon with the vodka.
She lay on the hammock, reading a book. She looked like what I thought of as a typical European intellectual: small, thin with lots of thick black hair. She had wide but thin lips and a long, straight nose that I had inherited.
I realized that my entire concept of intellectual European women was based on my own mother.
A little aluminum table at her elbow bore a tall glass. “Watcha readin?” I asked to change the subject.
She showed me the cover: Fifty Shades of Grey.
“Oh, no, not you too, Mom!”
“Everyone is reading it, so I thought I’d see what the fuss is about.”
“I heard it was all about bondage and kinky sex.”
“Hmp. Not so much. There is some sex, yes, but not a lot of bondage. Mostly, it’s contractual language and copies of emails.”
“Sounds like a lot of filler.”
“That’s it! Exactly right, Damian. And the characters are completely unbelievable.
“Now answer the question: how’s Kristen? Why don’t you invite her over?”
“Mom, Kristen and I broke up.”
I couldn’t believe how saying those words made my throat constrict. My eyes burned.
Broke up? With Kristen?
“Broke up? With Kristen?” my mother echoed. “Oh, shweetie, what happen?” Her accent always became more pronounced when she felt stressed.
What had happened? “I just think ... well, we both realized that we had some ... fundamental differences of opinion on some important matters.”
“What are you talking about? You had a fight, I understand that. What about? Usually, these things seem silly after a while, when you both calm down and can look at it rationally.”
“I don’t think so. Kristen’s mind is made up and she is not willing to budge her opinion an inch.”
“Did you try talking about it?”
I thought about Kristen and me, “talking” about sex. Or the lack of it.
Mom refilled both our iced teas and sat at the patio table. Our knees nearly touched. “This seems like an issue that’s been building for a long time. It requires a serious talk.” She pushed a glass to me and took a gulp from hers.
“Yah. It’s been between us for a couple of years, I guess.”
“You’ve spoken about it more than once, I hope?”
“Oh, yah. Well, tried. It doesn’t go very far.”
“What’s the argument about?”
What could I say? I figured that Mom being a woman would take Kristen’s side. I drank half the iced tea. It was strong. “Sex.”
My mother’s face showed shock. “Sex? What are you trying to do to the poor girl?”
This was going even worse than I had feared. “Nothing! That’s it! That’s the disagreement!”
My mother then did the worst thing possible: she laughed. Loud and long. “What! I don’t believe it!”
“What do you mean?”
“Damian, you’re both twenty years old, and you’ve been dating since you were fourteen! I just assumed that at some point, the two of you had sex!” She gulped more iced tea. “But I see the problem. What’s with that girl?”
“She wants to wait until we’re married to have sex.”
“What does she think this is, the nineteenth century?”
“She’s become very religious,” I explained.
“Pah!” Mom waved her hand. “Back home, the religious girls were the biggest sluts.”
“Well, this isn’t Europe, Mom. This is Toronto the Good.”
“Oh, sure, all the unmarried girls here are virgins.” I loved it when my mother was sarcastic. “Well, I can tell you, Kristen doesn’t get these ideas from her mother.”
I had to agree: Mrs. Petri was the “hot mom” of the neighbourhood. Tyler and Patrick used to make jokes about how lucky I was to go to Kristen’s house when I was 13 and 14. She didn’t dress like her daughter: she was attractive, even beautiful, and she knew it. She always had her fair hair done fashionably. She liked to wear tight blouses and tight pants, high heels and jewelry.
“I’ve seen your father looking at Mrs. Petri, you know,” my mother said. She refilled our glasses again, emptying the pitcher. “Have you tried being romantic?”
Was it strange to talk to your mother for seduction tips? “Sure,” I answered.
I told her about last Valentine’s Day. I had gone all-out: reservations at an expensive restaurant, a dozen red roses, a box of chocolates. Kristen enjoyed all of it, and we went back to my apartment. I had contrived to make sure that Nick was gone. We settled in to watch what I had heard was a sexy, romantic movie: I am Love.
Kristen put a hand flat against my chest. “This has been such a nice Valentine’s Day. Don’t ruin it.”

“Don’t put pressure on Kristen to have sex. It won’t work,” my mother said. “You have to give her time to come around on her own. You see, Kristen is afraid of sex.” She was really rolling her rs now.
“Do you know what your father did to get me into bed the first time?” she asked, and my heart stopped.
Actually stopped.
“Mom!”
“He bit my bottom lip, not hard, of course, more like he sucked it into his mouth while he was kissing me, and he stroked the back of my neck — ”
“You can stop now, Mom,” I said, but her eyes were closed. One hand moved in the air, showing me how my Dad had stroked her neck.
“And then he started kissing my throat, so softly ...”
“Tried that, Mom. Didn’t work. You can stop now.” Hearing about my parents making out caused me to reconsider Kristen’s opinion.
“And then, he slowly kissed down — ”
“Mom!” I went into the house to watch sports with my dad.
I could hear Mom’s laughter all the way into the kitchen
Links: One Shade of Red is available NOW at

Scott Bury is a journalist, editor and novelist based in Ottawa, Canada. His articles have appeared in magazines in Canada, the US, the UK and Australia, including Macworld, the Financial Post, Applied Arts, the Globe and Mail and Graphic Arts Monthly.

One Shade of Red is his second novel to be published.

His first published novel is The Bones of the Earth, a fantasy set in the real time and place of eastern Europe of the sixth century. He has also published a short story, Sam, the Strawb Part (proceeds of which are donated to an autism charity), and a paranormal story, Dark Clouds. His work in progress is tentatively titled Walking from the Soviet Union, and tells the true story of a Canadian drafted into the Red Army during the Second World War, his escape from a German POW camp and his journey home.

Scott Bury lives in Ottawa with his lovely, supportive and long-suffering wife, two mighty sons and the orangest cat in history.

He can be found online at www.writtenword.ca, on his blog, Written Words, on Twitter @ScottTheWriter, and on Facebook.

Posted by Shannon at 9:26 AM No comments: