COVER ART IS IN AND YES, I'M SCREAMING AS I WRITE THIS! 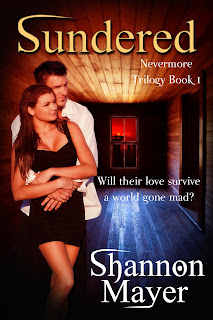 This was produced by the amazing Patricia Schmitt who is did I say it already? AMAZING!

Why Even a Self-published Author Still Needs An Editor

Have you ever been in the middle of a book you’re really enjoying when you catch a typo? Or maybe it’s a word that just doesn’t quite fit, or a character who you’re pretty sure had brown eyes earlier, but whose lover is suddenly talking about their beautiful baby blues?

When a writer signs a deal with Random House, Penguin or another major publisher they sign away some of the profits. In exchange, one of the most significant things a publisher has to offer is its team of professional editors. Those editors are responsible for finding holes in the book’s plot line, ensuring consistency, proofreading and copyediting.

When an author chooses to self publish, instead of going through a publishing house, they can rarely afford a full team of editors to review their book. Instead, they are often forced to wear a variety of different hats–and for many of them, editing their own book seems like a good way to save money.

But editing your own work is actually harder than it appears. As the writer, it’s difficult to achieve the distance required to notice where the plot can be strengthened. Since you know exactly what you intended to say, it’s tough to catch sections that might be confusing to a less knowledgeable reader. And, since you’ve poured sweat, blood and tears into the words, your eye is more likely to skip over typos and see what you intended to type rather than what is actually there.

A book editor does a lot more than just look for misspelled words or ensure you’re using the correct version of there, their or they’re. A good copy editor understands pacing and how sentence structure plays into foreshadowing and mood. They can point out where a chapter might benefit from an additional scene and can help choose sections that slow the reader down.

Book editors also create a style guide for each book they work on. The guide includes notes on design (for example, notating how chapter headings look, so each is set up the same way), detailed information on characters (so Stephen doesn’t become Steven and his physical attributes remain consistent) and places (how was the name of that Dwarven city spelled in chapter two?).

Of course, using an editor doesn’t guarantee your book will be error-free; but it can help cut down on the number of slip ups in your final copy, which means reducing the number of times a reader slips out of your plot line to think instead about the words rather than their meaning. And isn’t every writer’s goal to help their reader lose herself in their novel?

This is a guest post written by Melissa Breau. She is a freelance writer, editor and a cheesy romantic who likes long walks on the beach and arguing about comma placement. Her resume includes time spent at Pet Business Magazine, Columbia University Press and in the Manhattanville College Marketing Department. She has her Masters of Science in Publishing and is always willing to talk shop on twitter– @melissabreau. She is also blogging about her freelance journey over at Jargon Writer (http://www.jargonwriter.com/) –or learn more about the services she offers on her website, http://www.melissabreau.com/.

Thanks a bunch for all who played, I'm happy to announce the winners in backwards order. :)

And the grand prize winner of $50 gift certificate is :

Congratulations and don't forget that come September I will be doing a contest for your very own iPad! For the winners, if you haven't already posted your email, please do so in the comments so I can send you your prize. 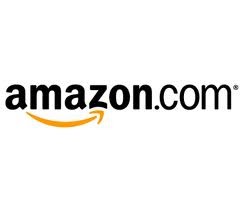 Time for a contest! This is a warm up for the iPad contest I will be running in September. A kind of pre-show if you will. But this is also a thank you for all the love from the online community of readers and writers.

I’ll keep this contest basic, fun and with prizes I know you’re going to love.

The more people that enter the contest, the more gift certificates I’ll give out and the higher the grand prize will go!

Here’s how you get entries.

Any friends that you refer only have to identify that you sent them my way. They can give me either your name, email or Twitter handle when they make a comment. This is unlimited to how many referrals you can have. Ways to get referrals- tweet the contest, blog about it or send out an email to your friends to help you get more entries.

*If you want to be entered in this contest, you must make a comment, so at least know you want to get your minimum entries for being a blog follower. But of course, why would you stop there? Get your friends involved and make them enter too, it’ll give you a better shot at that $50 AND give them a chance at a great prize!

Any questions about how to win, how to comment or anything else please contact me at motionsrider@yahoo.ca

This contest will run from Sunday August 14th till Saturday August 20th midnight. Prizes will be awarded on a random draw and sent out by August 24th. This contest is open internationally.

Yes I have an Agent, and Yes, I am self Publishing

A couple of months ago, I had an eye opening email conversation with my agent.

Me: What direction would you like me to take in my writing? Continue on the series you are proposing to publishers, start something new that could be ready in a short time to propose to publishers, or perhaps I could put something out, something like a novella on Amazon to start to create a resume/following?

Agent: I really don’t have any confidence in telling you what direction to take. But I do think it’s a good idea to put some of your work out on Amazon.

Me : Huh? You don’t know what direction I should take? Isn’t that your job? Aren’t you supposed to be guiding me and my career into a long and lasting relationship with a publisher? Is that not why you signed me to a contract, so that we could work together as a team to make it in the publishing world?

No, that last bit never made it on to an email, though I thought it, spit it at whoever would listen and in general ranted it to the world, but never to my agent. You know why?

One. I respect her and the honesty she gave me. She’s a world class agent, but the world, it is a
changing. She really isn’t sure of how the publishing world is going and because of that, she is encouraging me in a direction that most agents wouldn’t. Or at least, a few short years ago they wouldn’t have. My agent is struggling with her crystal ball and she can’t see the future any more than I or anyone else in this industry can and so . . .

Two. In many ways, her sending me out on my own while I’m still under contract with her is a cool thing, one that once I thought about it, I got excited. Really excited. This is a step in a new direction and I’m pumped about the prospect of putting out my work, getting feedback, and perhaps gaining some notoriety while I’m at it. This is an opportunity for me to take control of my work, where it’s headed and really see a finished project instead of waiting on a publisher.

So that’s where I’m at. Self publishing while still under contract with an agent, hoping for a publishing contract, but no longer waiting to be asked to dance. No, I’m taking my freaking dance card, filling it with the people who’ve supported me along the way, all of you out there reading this included, and I am going to dance my ass off.

With that, I am officially announcing that I will be releasing a trilogy of Paranormal Romance books starting September 1st with Sundered. All three books will be available by September 30th . The trailer for Sundered is on my Books Page, or you can check it out on YouTube here.

“You have brains in your head
You have feet in your shoes
You can steer yourself
Any direction you choose
You’re on your own. And you know what you know.
And YOU are the gal who’ll decide where to go.” 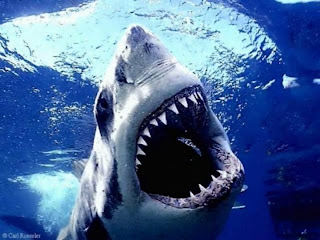 I am terrified by sharks, and yet Shark Week on the Discovery Channel is something I look forward to all year. Just like all the horror books on the shelves out there that we dare each other to read with the lights dimmed, Shark Week is a thrill as well as a scare and one I wouldn't miss.

A good book, with a good scare should leave you feeling the way I do as I see the rows of teeth slicing through murky waters. Chilled, heart racing, wanting to hide under a blanket yet still peeking out with one eye. Horror doesn't have to be all gore and blood and guts, but like all books, you need to feel the emotions. By the time you finish reading a good horror, you should be afraid to turn out the light, have the urge to check under your bed and perhaps find that teddy bear you've tucked away somewhere.

I like the idea of one day writing a story about my greatest fear, of putting all those frightening and morbidly fascinating images into a story and bringing the same chills to another person that I feel as I stare at the screen and wonder about the haunting black eyes that roll back in their head as they bite down on their prey.

Okay, maybe I won't be writing about sharks, perhaps for me they are just too scary.

But what about you? What terrifies you and fascinates you at the same time? Would you ever write about it?

Here it is, iPad contest hint #3! Missed the first two? Click here and in the bottom of this post here to see what they were!

Being a part of Goodreads is a great leg up for you when it comes to the iPad contest. And besides the contest, I’ve found it’s a good site to find up and coming books, new authors, trending writers and some great conversations.

Yup, that's it, short and sweet!