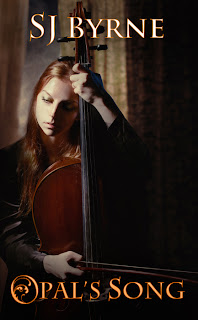 A horrific accident on a rain slicked mountainside and permanent paralysis from the waist down.

surviving an immense tragedy and how to find peace within the pain.


To keep a promise made, Lily must dust off her once beloved cello and connect with the music she’s kept locked inside a velvet lined case for nearly a decade.

The headlights of Darren’s extended cab Chevy swung from left to right as he took the switch back curves much faster than normal. Lines of tension formed beside his mouth, and his usually relaxed hands clutched the black leather steering wheel in a white knuckle death grip. Something about the way he pumped the brakes wasn’t quite right, and the momentum of the truck was picking up instead of slowing down.

Lily wanted to ask if everything was okay, but didn’t dare distract him from what was quickly becoming a dangerous situation. Deep ingrained reflex made her tug on the strap of her seat belt to ensure it would hold if the worst case scenario played itself out.

She’d ventured East with her boyfriend to explore and get away from the stifling rules of her parents. They had come into Western North Carolina via the Blue Ridge Mountains and immediately fallen in love with the place. Eclectic Asheville stole her heart with its combination of forward movement and backwards thinking. Only in that particular valley, surrounded by some of the oldest mountains in the world, could one community find the wherewithal to support so many varied lifestyle modalities. From the redneck–hillbilly descendants of the original Scottish settlers, to the new agers, dirty hippies, and flamboyant gays—Asheville catered to them all.

Lily wanted to share the exuberance of the area with her family, but suddenly feared the chance to do so would come at the cost of a glossy wooden box. Tears filled her eyes as she swallowed past a lump forming in her throat. She didn’t want to die.

Darren’s barely whispered expletive caught Lily’s attention as the tail end of the truck swung around. Suddenly they were facing the way they’d come. On any other day Darren would’ve calmly turned the wheel until the truck righted itself. For some reason the beast didn’t respond to his handling. The vehicle continued to spin until something in the front end snapped, and Lily stared in horror. One of the tires flew away from the truck, and in that instant she realized what people said was true—in the moments before death time slows down as the brain processes everything in minute detail.

Bright headlamps illuminated the surrounding forest as the front end of the truck crashed down onto the road. Heavy metal screeching on asphalt filled Lily’s ears only to be replaced with the sound of trees snapping beneath the force of a full sized pick-up rolling down the side of a mountain.

Up became down, and Lily’s insides threatened to come out as she was jerked about behind the increasingly tighter band of her protective belt. If she’d been sitting next to Darren her head would’ve been spared the repetitive abuse of being tossed against the passenger window. Lily didn’t want to scream out her fear, but found she had no control over her vocal cords—her screeches of distress echoed in the confined space until the imploding windshield drowned her out. Shards from the window flew towards them, cutting her neck and face as they tumbled around inside the cab.

Everything stopped all at once. The crashing roll of the truck, the cutting of the glass shards, even Lily’s screams. The Chevy landed on its side with her hanging by her seat belt, staring down at the unconscious form of her boyfriend. The smell of gasoline filled the air and Lily felt the spike of adrenaline wash through her nervous system.

“Darren! Darren, wake up!” She yelled as loud as her constricted lungs would allow behind the crushing force of the nylon strap. “Darren, we have to get out of this truck!”

Darren remained unconscious, and Lily refused to give into the blind panic threatening to take over. Breathing deep she quickly surveyed her position and the quickest escape route. The windshield had completely shattered, making that the only way out of the wreckage as the door above her wouldn’t budge when she tried pushing it open. Grabbing hold of the oh-shit handle, she pulled the weight of her body off the belt and pushed the release button. Blinding heat zipped through her body as she crashed face first against Darren's side and was knocked out cold by the force of their skulls connecting.

Something wet trickled down the side of her face just before an excruciating pain exploded behind her eyes, and Lily knew she was about to have the mother of all migraines. She thought to press the heels of both hands against her throbbing eye sockets, but found her body remained motionless against the command. A soft moan beneath her was worrying, though she couldn’t think why. The muscle of her shoulder flexed involuntarily and a jolt of pain flashed down her spine, stopping abruptly in her hips. A deep breath meant to calm her frantic thoughts brought more pain and then the blessed blackness.

“Hang in there little lady. We’ve almost got you out.”

Lily whimpered as a sudden shock of agony rippled through her arms and torso, but the sound of someone talking eased her anxiety. She wasn’t alone—thank god. The voice became a life line she clung to with her mind until sweet oblivion pulled her back into its warm embrace.

“They rolled down the side of Mount Pisgah. From what I can gather she was pinned in place by her seat belt, until she managed to undo it and then fell against his side.”

The conversation felt a million miles away. Surely they weren’t talking about her. Before she could give it another thought, the air was filled with excited chatter and frantic movements. She wanted to open her eyes and see what was going on, but her lids were too heavy to lift. Moving the muscles of her body required a strength she didn’t possess and fear flooded her thoughts as she cried out in frustration. The air she pulled through her nose tasted strange on the back of her tongue. Oblivion stretched out its arms and Lily went into them without a fight.

Find out more about Opal's Song and it's release

by visiting SJ Byrne or Opal's Song on Facebook

A portion of all proceeds from Opal's Song will be donated
to help children with disabilities...more information forthcoming.